Everybody seems to get me wrong
But you and me, we usually get along
It’s a funny old world for London girls

This was a TV theme from a 1983 Channel 4 sitcom called Dream Stuffing about two girls (both early 20’s) one mixed race, one sort of punkish, who lived in a high rise tower block on a council estate in London. Also in the series was the sassy elderly mother of the mixed race girl, and their gay neighbour whom both girls initially had designs on. It was a great series, but sadly only lasted for about 6 episodes. Kirsty’s theme track to it was excellent! Source – Stevie. 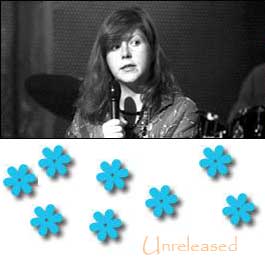