After Kirsty’s tragic death in Cozumel, Mexico in December 2000, her mother, Jean MacColl, launched the Justice for Kirsty Campaign. Its primary purpose was to establish whether the Mexican judicial system had investigated the case sufficiently thoroughly for Kirsty’s family, friends and fans to accept that justice had been done in accounting for her untimely death. It did so by rallying the outrage and anger at the accident, and raised funds to allow Jean and the committee to pay for lawyers, and to approach governments at the highest level.

The committee announced on 5 December 2009 that they were to cease campaigning, having received news that the Mexican authorities had closed their case file on Kirsty’s death, and regarded this as the end of the matter. They said they had exhausted all avenues of investigation and taken statements and affidavits from many witnesses. None of these had led to further information as to who may have been implicated, apart from the boat hand Cen Yam, who had already been convicted of causing the accident.

The committee was successful in achieving most of its aims. The clumsy cover-up that followed the accident was exposed, and pressure from the campaign and the British government compelled the Mexican authorities to re-open their enquiries. In the unstable circumstances in Mexico in recent years, it is unlikely that any more could be achieved: the case has been re-examined very thoroughly.

Once the case was closed there was virtually nothing left for the committee to campaign for. They were not able to bring any more pressure on the Mexicans than they had achieved already.

Jean wishes to thank everyone who has contributed in any way to helping her and the campaign. The support of The Pogues and Billy Bragg have been especially important in increasing the public profile of the campaign.

This is the final campaign message from Jean MacColl, December 2009. 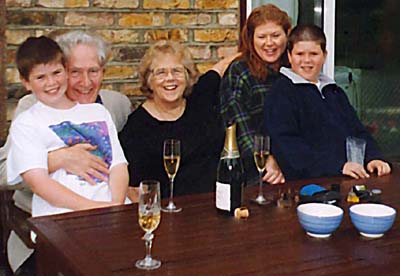 In happier times, Jean with Kirsty, her sons and famiy friend John Dalby.

Here is the orininal article as published in Mail on Sunday, 15 December 2002, by Peter & Leni Gillman. We also have a potted Campaign chronology from 2002-2009.  The remaining funds were distributed to charities of which Kirsty would have approved, namely:

• Casa Alianza Mexico, which provides care and rehabilitation for homeless children and others at risk in Mexico
• Cuba Music Solidarity, which Kirsty had supported enthusiastically.

The campaign’s logo was adapted from an original drawing which Kirsty created as a child.

The original campaign website at justiceforkirsty.org is no longer updated, the final communications regarding the campaign were in December 2009. Jean MacColl thanks everyone who became involved in any way with supporting the campaign on its long journey. This web page is a permanent record of the campaign.

Who Killed Kirsty MacColl? (the documentary)

A memorial visit to Cozumel

In March 2004, Jean travelled to Mexico with a dozen of her campaign team in pursuit of justice. Part of the trip involved a visit to the resort of Cozumel to visit the scene of her daughter’s death, and to create a memorial for her there. This took the form of a poignant ceremony at the coral reef where Kirsty died. A small launch carried the party from the simple jetty at Playa Corona. Jean cast a beautiful wreath of tropical flowers onto the sea. Family friend John Dalby read a moving verse of remembrance from one of Kirsty’s songs. Each member of the party dropped a single rose after the wreath. A few minutes of silent contemplation and tears followed as people in the group each remembered Kirsty in their own hearts. Then, as the sun set over the limpid water the launch returned to the pier. Photos: Charles Dickins. 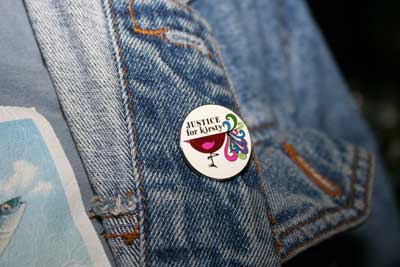