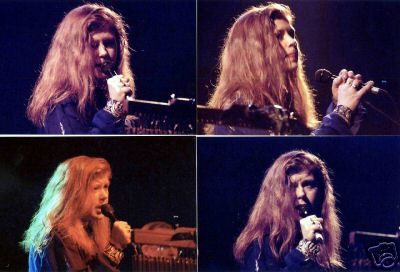 (or the ever expanding Gig Guide)

The comprehensive Gig Guide was originally compiled from the research of Terry Hurley, and has been frequently added to over the years based on your submissions from around the world. Now it serves as the audiovisual nerve centre of the entire site, incorporating references to TV and radio appearances, with sound and video streaming wherever possible. This is where you will find the live concert sets, some of much better quality than others, and in the main audience recordings, but all historically useful. Where there is some degree of doubt about a listing we have tried to make this clear. Anything to add or correct? Were you there? Contact us and we’ll add the details to the Gig Guide. Hey, with the new site structure it should now even happen quickly ;o)

The attached listings are taken from many sources, e.g. my own knowledge, local and national newspapers/ magazines & TV, various event listings and, on occasion, “sources close to KM”.

Where I am sure that no support band played, I have indicated this. I can vouch for the existence of all of the support bands listed apart from July 23 1993, a gig I didn’t attend. Support was advertised for August 18 & 19 1992, although I don’t have details of who it was. It is entirely possible that there are some errors in this listing although I have checked and double-checked my references and sources.”

Songs covered by Kirsty on stage, TV and radio (but never recorded)

There is a list of known bootleg recordings available, it hasn’t been updated for years though.

Goes to Kirsty herself.

She said in 1994, “I didn’t do any performing for 10 years. Then I forced myself to get over it. I decided to fix up a tour and, if I didn’t enjoy it by the end, I would never do it again. That was three years ago and I’ve done a lot of touring since then, so I suppose it’s OK now.”

Finally at ease with performing live, Kirsty walked off the stage at Shepherds Bush Empire in London on 28th October 2000, turned to Pete Glenister and said “That was the best gig I’ve ever done!” It was also to be her last.

including the tour of the Ballrooms.

on stage with the Pogues

Kite flying across the UK

the Fleadh, plus more UK and US touring

touring Galore in US + UK

getting ready to roll