Four factors led to Kirsty’s appearances with a variety of other artists over the years.

On these pages you will find mention of all the songs Kirsty has contributed to on vocals, which are not her own releases. Some top names in here – the Rolling Stones, Morrissey, Talking Heads, Alison Moyet, Simple Minds, the Smiths, … it’ quite the list.

We don’t however reckon it includes

Though nothing ever came of it, Kirsty did go to the studio to record with Van, with Mick Glossop engineering. Steve Lillywhite recalls “Kirsty spent most of the time playing pool waiting for Van to show up, when Van showed she didn’t have much time to sing and consequently I don’t think it turned out particularly special… ” Since this collaboration is repeatedly mentioned in the list of backing vocal honours it’s worthy of inclusion here, since it is a frequently asked question…

On the 1990 compilation, ‘Black and white includes ‘The Manchester Rambler’, a 1983 recording crediting Kirsty in the company with Peggy Seeger, her brother Hamish and half brothers Calum and Neill. We are dubious. She is credited with mixing ‘The joy of living’ with Steve Lillywhite.

Kirsty is credited on Peggy Seeger’s ‘Penelope isn’t waiting any more’ in 1977. Although Kirsty is listed as playing guitar on one song, Peggy is sure that “Kirsty did not play any instruments on that recording though she was a chorus member.’ This is the earliest date of any known releases featuring Kirsty. The discovery of this record is surprising, since Kirsty was yet to make an appearance on vinyl with the Drug Addix. It has however been confirmed by Kirsty’s mother Jean, though the circumstances are unclear. Source: VR

According to Colin Stuart, “I once recorded a duet between Kirsty and Bryan Adams – It was Bryan’s song and sounded a bit ‘Springsteenish’ – Neither of them liked it afterwards, so that was it junked. Years later I found Bryan on facebook and asked him if he’d consider releasing it – He’d tried re-recording it in another key with another producer but nothing came of it. Ironically, it’s one of the only songs I ever recorded that I failed to keep a copy of. Possibly it may be on a tape hidden away in Ealing Studios, but unlikely. I really thought their voices sounded good together!  #TheSongThatGotAway 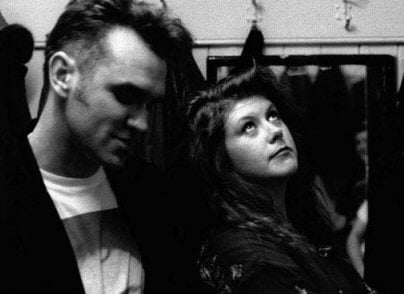 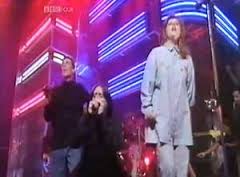