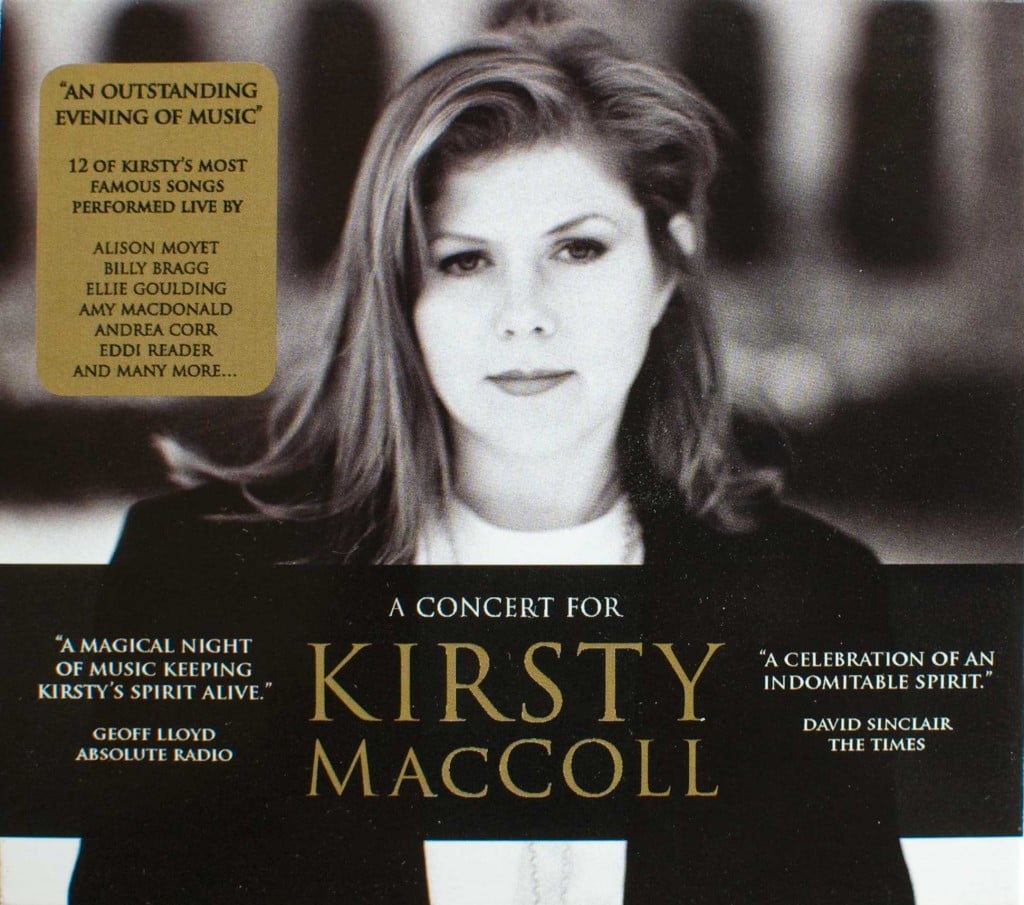 A Concert for Kirsty MacColl. 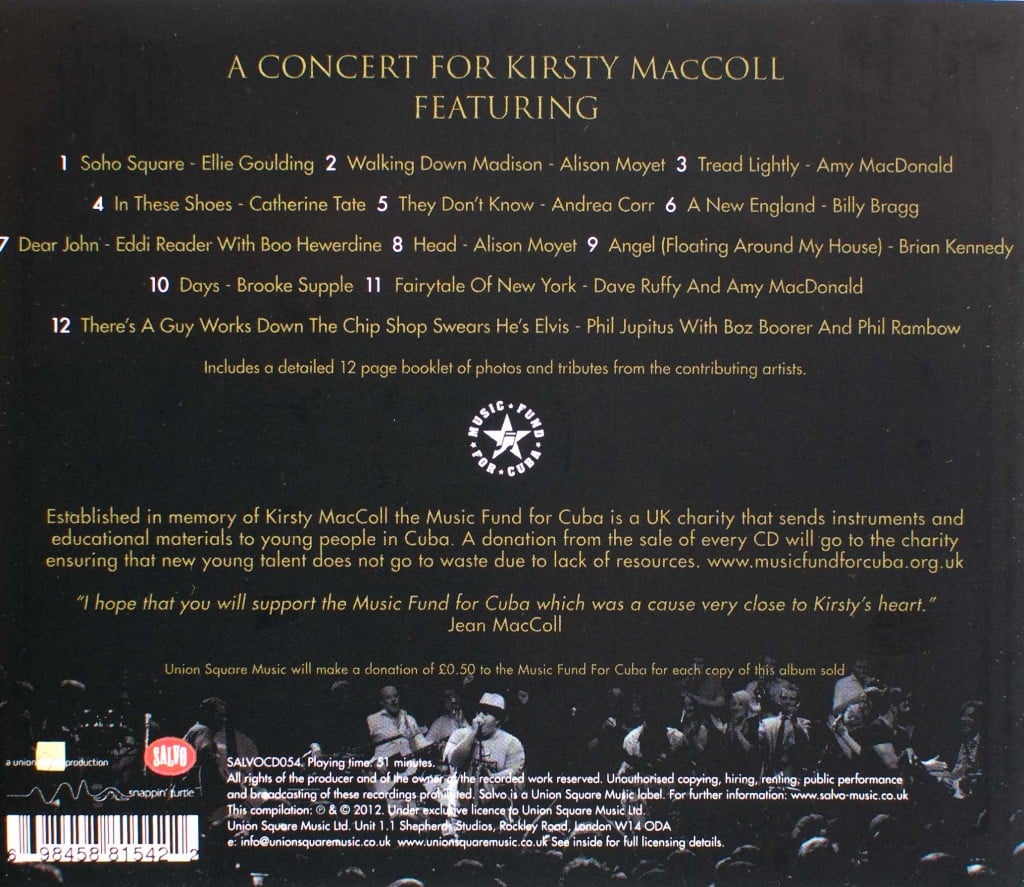 The CD release contained three additional songs (tracks 13-15) as “bonus material”. When ‘Kite’ was released, CDs were still in the process of taking over from vinyl, and an extended track list would have been still fairly novel. While ‘You Just Haven’t Earned It Yet Baby” is a nice fit for the vinyl tracks, the two French language songs still sound tacked on to me.

For album commentary please see the page for the LP version.

The artwork for the Charisma US release is very similar (apart from the disc design):

This 2013 collection from Union Square was an attempt to do what it says on the tin and collect the ver best, and as such covered the whole range of Kirsty’s career:

This was also issed as a deluxe fold out digipak with a DVD of her promo videos, and souvenir postcards of previously unseen photos.


Here’s a print review, and an enthusiastic review from YouTube (starts about 9 minutes in):

All the songs are from BBC Radio sessions.


This was a double disc reissue, CD 1 has the original album tracklist. CD 2 added:

The Guardian reviewed the 2012 reissue programme.

This was a double disc reissue, CD 1 has the original album tracklist. CD 2 added this lot:

Read a review of this reissue at Pitchfork.

“I want to shake up this world and not to feel so useless, and I long to wake up happy and not to feel so hopeless …” Kirsty MacColl lays out her despair in defiance of the sprightly backing track. This is not a happy album, but its bitter pills are wrapped in beautiful arrangements and defiantly catchy hooks.

The atmosphere recording these new songs was very different from ‘Electric Landlady’. The whole thing was made without a record deal, and it was only when it was finished that it was picked up by ZTT. Her relationship with Steve was increasingly difficult and she ended up making the record with Vic van Vugt, an Australian/ Dutch producer who worked with Nick Cave. It was recorded mostly in the little home studio in Ealing to save money, and “everyone played on the basis that they’d get paid when we got a deal, which was great.” She spent only a couple of days with the band at Townhouse, where they put all the backing tracks down, ‘live’. While it could have all been done at home with computers, but as Kirsty insisted: “I need human people around about. It’s more fun. You need musicians there to tell the jokes.” The players on this album were from her live band: Dave Ruffy on drums, Gary Tibbs on bass, Jamie West Oram and Mark Nevin on guitars. Pete Glenister added some overdubs at the end.

This was a Japanese release and you get what it says – a whole bunch of Stiff era recordings. Beautifully presented with an excellent booklet (including Japanese lyrics), the front and back artwork is a faithful recreation of Kirsty’s first single, They Don’t Know, in its superior picture disc version.

Being a Japanese release, there is what is described as an “unreleased extended mix” of He’s on the Beach. We believe, however, that it is taken from the 12 inch single’s B side version. Track 12 is taken from the same 12″ release.

In 2012 Salvo Records embarked on a reissue campaign covering ‘Desperate Character’, ‘Electric Landlady’, ‘Titanic Days’ and this abum. The first CD is a straight run through of the original vinyl LP track list. The second disc collects B sides and alternative versions of its album tracks:

The bonus material in common with the 2005 reissue:

In addition we get:

The Guardian reviewed the 2012 reissue programme.