National Album Day returns this year on the 16th October with the theme, ‘celebrating women in music’.

Today the releases were announced and we have Kirsty MacColl’s ‘Kite’,  pressed on 180g magnolia vinyl, exclusive to National Album Day.

Smart link for online retailers is at https://smarturl.it/KirstyMacColl_NAD 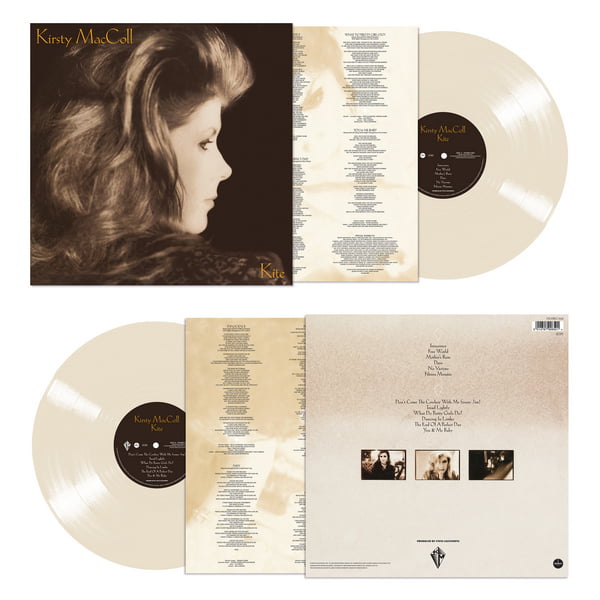 On top of the magnificent magnolia of Kite, you will also be able to buy an ocean blue vinyl copy of Tropical Brainstorm (officially it is turqoise) on National Album Day.  This one is released by Universal.  Buy it at a range of online retailers – here is the online link.

It’s certainly possible to order direct from the USA from this link – https://store.udiscovermusic.com/*/National-Album-Day-2021/Tropical-Brainstorm-Limited-Edition-Blue-Vinyl/73LK17LP000 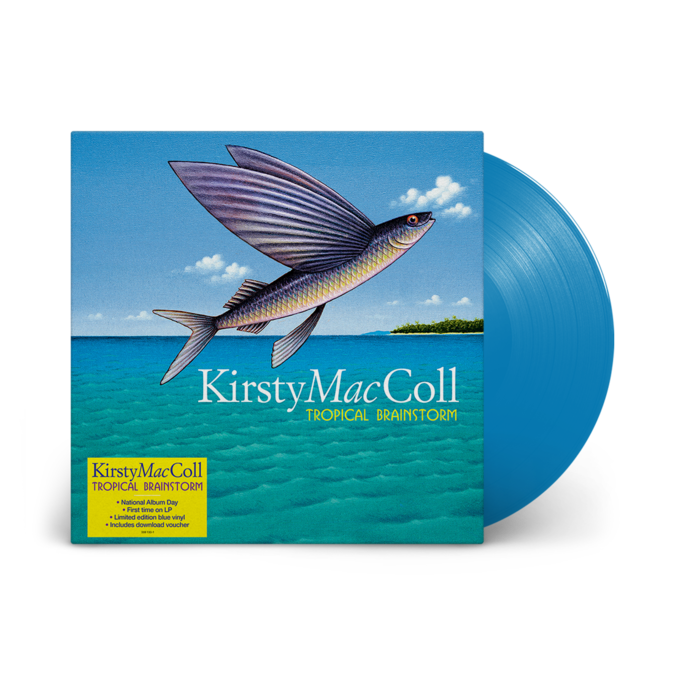 Zip forward about 6 minutes for In These Shoes? on the big European promo circuit.  Jeez, James looks young!

Kirsty performed ‘In These Shoes?’ for a 5th Avenue Deichmann advert in Germany. It starts at 9 seconds in the video.

To commemorate George Michael’s birthday, here he is with Kirsty at a wedding in the early 80s by the look of things.  We have no idea where this photo came from.

After the recent “fan tape” haul, we have some more rare Kirsty now online courtesy of Nicholas Brown on his YouTube channel here.

Go listen to long lost tracks “Germany” (co-written with Alan Lee Shaw) and “Lullaby for Ezra” (co-written with Lu Edmonds).  You will also find two songs from the  rather hard to find Philip Chevron musical “Jack Rooney In Person” featuring Kirsty, which was abandoned after her death.  These are among the last recordings Kirsty made and you can listen to “I Believe In Love” and “The Great Silence” with Ronnie Drew.

From a recently uncovered tape of hitherto rare (in fact, some unheard of) Kirsty material.   The tape was recorded by Kirsty  back in the day and posted to US fan Tony Reay and the whole thing can be heard on YouTube here.  British Kirsty stalwart Craig has also uploaded individual Kirsty tracks to his YouTube channel here.   This version on freeworld is the “Mandy Doubt Remaster” from Mandy’s channel. 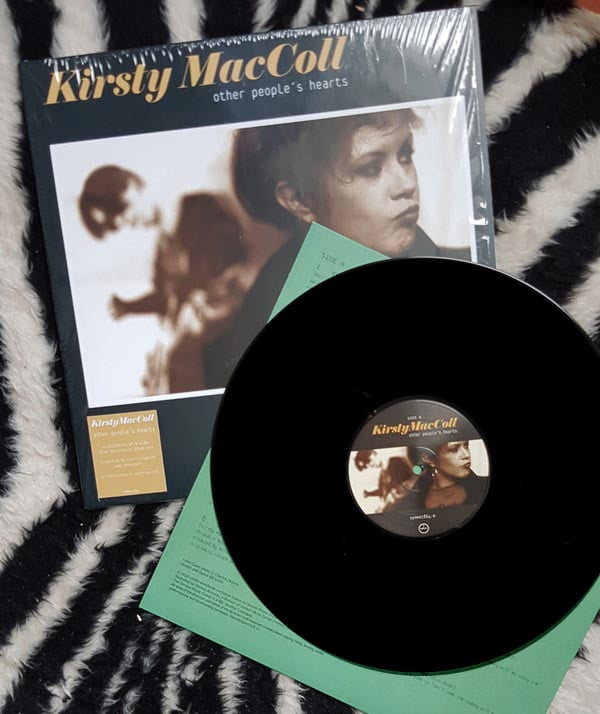 Smart buying links at https://smarturl.it/Kirsty_MacColl_OPH.  At time of writing, these included Banquet Records and Rough Trade at £19.99, amazon Germany for 27.99euro.  Other outlets are available.

The track details are the same as shown on the limited edition version here.

Kirsty and Matchbox broadcast on Musikladen German television this dayin 1983.

February 7, 1985. The promo video for ‘A New England’ was aired on the chart show. The presenters were Gary Davies and Richard Skinner.